Find out if you may have family links to a brilliant scholar who was an expert mathematician, astronomer, physician, translator, governor, diplomat and economist. 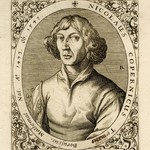 Finding the skeleton of Nicolaus Copernicus

On his 540th birthday Copernicus received the highest of modern day honors, a Google Doodle. Yet, for more than 450 years, his remains rested in an unmarked grave. Because at the time of his death, Copernicus was only a little-known astronomer. This is a story of what happens when death precedes fame. And how DNA tests were instrumental to Copernicus finally receiving the hero’s burial he deserved.

Who was Nicolaus Copernicus?

Nicolaus Copernicus, the shining star of the Renaissance period, was the founder of modern astronomy. He was a highly intelligent scholar, an exceptional mathematician and astronomer. He was also a physician, classics scholar, translator, governor, diplomat and economist, and even had a doctorate in canon law.

Copernicus’ most important contribution to science was his heliocentric hypothesis – the idea that the Sun is at the center of the universe.

This claim rocked convention, because at the time it was popularly assumed that Earth was the center of the universe.

As the telescope was not yet invented, Copernicus spent years of his free time observing the heavens by naked eye. He noticed that rearranging the planets to revolve around the Sun made “a harmonious relation between the size of the orbit and the planetary period.”

This contradicted Ptolemaic system which was widely popular at the time, where the planets revolved around Earth. His radical model was based on complex mathematical calculations.

By this point, he was suffering from ill health. According to legends Copernicus recieved the final printed pages of his book on the day he died at the age of 70 in 1543. He awoke from a stroke-induced coma to look at his book, and then died peacefully after saying his final farewell to his life’s work.

The burial site of Copernicus

At the time of his death Copernicus wasn’t yet famous. His heliocentric theory hadn’t taken ahold. And it was years before Galileo was able to confirm the observation using the telescope.

So, Copernicus was buried in an unnamed tomb in the Frombork Cathedral, Poland. It was one of over 100 tombs in the cathedral, some of which were also unnamed. This meant finding his remains wasn’t an easy task. Even Napoléon searched for his grave in 1807.

The scattered bones on the incomplete skeleton belonged to a 60-70 year old man, the approximate age of Copernicus. A facial reconstruction based on the skull showed a broken nose and other facial features that matched a self-portrait of Copernicus.

But the archeologists still had doubts as to whether they had found the right remains. To confirm his identity researchers performed DNA analyses on samples from the skeletal remains, and from several hairs presumed to belong to Copernicus. These hairs were found in the astronomical reference book Calendarium Romanum Magnumthat was used by the astronomer for many years.

Identifying the remains with DNA analyses

The researchers chose mitochondrial DNA (mtDNA) analysis. Due to its high copy number (hundreds per cell), rapid evolution rate and strict maternal inheritance mtDNA is the most suitable DNA type for looking at ancient remains.

Not only that, the mtDNA profile was extremely rare in existing databases. This was further evidence that the skeletal and hair samples are from the same person.

Is astronomy in your DNA?

The perfect genetic match, together with the anthropological and archaeological information convinced the scientists that the skeletal remains indeed belong to Nicolaus Copernicus.

In 2010, more than 500 years after his death, Copernicus received the burial he deserved. His remains now rest in the same spot at Frombork Cathedral adorned with a black granite tombstone.

It bears a representation of Copernicus’s model of the solar system, identifies him as the founder of heliocentric theory and a church canon.

Are you ready to explore your ties to the great astronomer Copernicus?