Find out your links to the House of Romanov

Compare your DNA profile to Tsar Nicholas II Romanov and to Tsarina Alexandra, a granddaughter of Queen Victoria

mtDNA and Y-DNA profiles are known for all members of Tsar Nicholas II’s family. Find out if you are connected to these royal lines.

This project has 9 profiles for comparison. 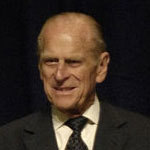 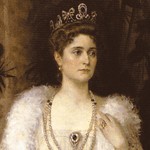 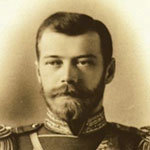 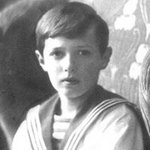 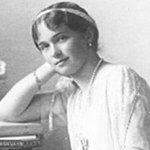 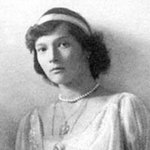 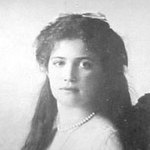 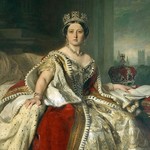 Discovering the remains of the Romanovs

One night, while they were under the imprisonment of the Bolshevik secret police, the entire Romanov family simply vanished. Amid rumors and conflicting information released by the Soviet leadership, the fate of this Russian imperial family remained unknown.

More than 70 years after their disappearance, a mass grave was discovered near where they were held captive. And genetic analyses confirmed what had long been feared – Tsar Nicholas, Tsarina Alexandra and at least three of their children were brutally executed on that fateful night in July 1918.

Who were the Romanovs?

The House of Romanov was the second dynasty to rule Russia. Tsar Nicholas II, the last ruler from this imperial family, was the eldest son of Emperor Alexander III and Maria Feodorovna of Denmark.

He married Princess Alix of Hess and by Rhine, one of Queen Victoria’s granddaughters. Princess Alix was given the name Tsarina Alexandra Feodorovna when she was received into the Russian Orthodox Church upon her marriage to the Tsar.

The couple had four daughters (Olga, Tatiana, Maria and Anastasia) and one son (Alexei). Alexei suffered from haemophilia B, an inherited blood clotting disorder caused by mutations in the F9gene. It was known as the ‘royal disease’ at the time, because the mutation was passed down through two of Queen Victoria’s daughters to various royal families across Europe.

The execution of Tsar Nicholas II

At the end of the February Revolution (the first of the two Russian revolutions in 1917), Tsar Nicholas was forced to abdicate. In March 1917, the entire Romanov family and their loyal servants were put under house arrest, before they were evacuated to Tobolsk.

When the Bolsheviks came to power later that year, the Romanov’s imprisonment conditions grew stricter. By May 1918, the Romanov family, plus three servants and the family doctor, had been moved to Ipatiev House at Ekaterinburg, in the Urals of Central Russia.

Then the Bolsheviks announced the execution of Tsar Nicholas in July 1918. According to the official press release “Nicholas Romanov’s wife and son have been sent to a secure place.”

What happened to the rest of the Romanovs?

In the following years, the Soviet leadership continued to release conflicting information regarding the fate of the remaining Romanovs. Some reports stated they were all murdered, while others outright denied that they had killed the other family members.

Discovery of the remains

The fate of the Romanovs remained a mystery until 1991, when nine human skeletons were discovered in a shallow pit about 20 miles from Ekaterinburg. Historians speculated that the remains belonged to the Romanov family.

DNA testing was performed in an attempt to identify the remains. Three types of DNA tests were used to confirm the identity of the Ekaterinburg remains - gender determination, relationship testing and mitochondrial DNA analysis.

The science behind the genetic analyses

Gender determination:
The gender of each of the nine skeletal remains were confirmed by analyzing a region of the amelogenin gene. This is a robust technique for gender analyses of unknown remains, because the X and Y chromosome have different versions of the amelogenin gene. This allows researchers to distinguish between female remains (with 2 X chromosomes) and male remains (with one X and one Y chromosome).

Relationship testing:
Autosomal STR (short tandem repeat) markers were used to determine whether the nine skeletons were immediate family members. This technique is useful for looking at ancient and degraded DNA samples, because only a small region of DNA is required for analysis.

We inherit one copy of each autosomal chromosome from each parent. This means that for each STR, a child will have one marker that matches one parent, and another marker that will match to the other parent.

Autosomal STR analysis can be used for relationship testing in both males and females in recent samples (e.g. paternity and maternity testing), and during the identification of old skeletons.

Also, there are hundreds of copies of the mtDNA DNA in each of our cells. This makes it very useful for the analysis of ancient samples.

What did the researchers find out?

The amelogenin gene analyses showed that there were five female and four male skeletons in the grave. Autosomal STR analyses indicated that five of these skeletons were from the same family (two parents and three female children). The other four were unrelated individuals.

Identifying remains through mtDNA analyses relies on access to DNA from maternal relatives, so the unknown samples can be compared to the reference. Luckily, the family trees of the European royal families are well documented. So it was a simple task to find maternal relatives of the Romanovs.

The remains of the Tsar

To confirm the identity of Tsar Nicholas, mtDNA profile from his putative skeleton was compared to mtDNA profiles obtained from two living maternal relatives.

However, closer examination revealed that Tsar Nicholas actually had a mixed mtDNA profile. This is known as heteroplasmy, where some of his mtDNA was 16169 C, while some was 16169T.

Heteroplasmy is very rare. So it immediately raised questions about the authenticity of the genetic analyses. Some groups claimed it was due to contamination with modern DNA samples.

A later study from the skeletal remains of Georgij Romanov (Tsar’s Nicholas’ brother) determined that Georgij’s mtDNA profile was a perfect match to the Tsar’s profile. It even included the same heteroplasmy at position 16169.

What happened to the two missing children?

According to the memoirs of Yurovsky, (the Bolshevik in charge of the Romanov family), the Bolsheviks feared that the encroaching White Army would take over Ekaterinburg and rescue the Romanovs, so on the night of July 16th/17th the entire family was executed.

The Romanovs were woken during the night and left their rooms believing that they were being moved to a safer location.

Instead, an execution squad of secret police led by Yurovsky killed the Romanovs and their attendants in the cellar. The bodies were stripped of clothing and jewels and thrown into an old mineshaft. But the mineshaft was too shallow.

So the following day, the executioners returned and loaded the bodies into a truck. On the journey to the deeper copper mines, the truck become stuck. Yurovsky made the quick decision to bury the bodies right there underneath the road.

Why were two skeletons missing from the grave discovered in 1991? According to Yurovsky’s memoirs, two of the bodies were burnt and buried elsewhere, in an attempt to confuse anyone who discovered the mass grave.

Another grave near the mass burial site

In the summer of 2007, Yurovsky’s memoirs were proved to be accurate when two burned partial skeletons were discovered close to the mass burial site of the other Romanovs.

Fifteen intact bone fragments and more than forty pieces of charred bone were discovered. Preliminary analysis of the bones showed that the remains belong to a boy of 10 – 13 years of age, and a young woman of 18 – 23 years.

Genetic analyses of the remains

To confirm the identity of the skeletons, researchers utilized mitochondrial DNA (mtDNA) analyses. While both males and females have mtDNA, only a mother passes it to her children.

Thus mtDNA remains unchanged from generation to generation through the maternal line. Also, there are hundreds of copies of the mtDNA genome in each of our cells, making it very useful for the analysis of ancient samples.

These results confirm that the two skeletons from the second gravesite indeed belong to the two missing children of Tsarina Alexandra – her son Alexei and one of her daughters. However, the DNA analyses cannot determine which daughter was buried in the second grave.

DNA analyses were conducted on paternally inherited Y-DNA short tandem repeats (STRs) to further confirm the identity of Alexei. Y-DNA is passed down from father to son. This means all males who have descended from the same paternal lineage have the same Y-DNA profile.

As expected, the Y-DNA STR profile from the boy in the second grave matched that obtained from Tsar Nicholas, corroborating that the young boy was Alexei. This Y-STR haplotype has been designated as “Nicholas II” and is very rare in human populations.

Are you related to the Romanovs?

The discovery of this second grave finally put an end to the speculation that some of the Romanovs had escaped the family execution. Genetic analysis of remains from both grave sites now provided a full account of all of the Romanov. The entire family perished in the execution in July 1918.

Both the Tsar’s and Tsarina’s lineages include many notable historical figures, who would share the same maternal mtDNA markers as members of the Romanov family. If you have taken the DNA Maternal Ancestry Test, you can compare your mtDNA against members of this notable family to see if you may have also descended from royalty.

These studies also defined the Y-DNA STR profile of Tsar Nicholas II. If you have taken the DNA Paternal Ancestry Test, you can compare your Y-DNA, to see if you may have also descended from the same paternal line as Tsar Nicholas II.

Knight A et al.(2004) Molecular, forensic and haplotypic inconsistencies regarding the identity of the Ekaterinburg remains. Ann Hum Biol.31(2):129-38.

Are you ready to explore your ties to this famous Russian royal family?